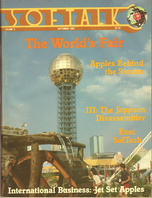 My name is Jim Salmons and by virtue of being the person who started The Softalk Apple Project, I am currently its Project Director. But my hope and plan is that over the next several months this project will attract the active interest of kindred spirits, like me, who have an extremely soft spot in our hearts for the remarkable Softalk magazine. Folks who want to have a bit of "serious fun" preserving, exploring, and extending this remarkable publication and the pivotal era it covered during its 48-month publication between September of 1980 and August 1984.

Why me?I am not one of the inner-circle of creative folks who envisioned and nurtured Softalk magazine – Al, Margot, Kurt, Craig, David, Matt, Trici... the list goes on (and I don't mean to slight anyone not mentioned). I did, however, freelance write for the magazine and eventually worked as Director of Marketing during the magazine's Glory Days. Prior to working for the magazine, I had been the subject of its editorial content as a founding member of some pretty exciting microcomputer software companies. 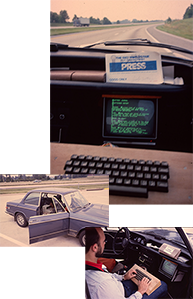 Like many Boomers now facing our so-called Third Age, I lived this Great Moment in history. Of course at the time, most of us just thought of it simply as our daily lives. As time passes and memories fade, I realize just how easy it would be for us to lose Softalk's unique real-time telling of the story about how we all played a part – producers and consumers together – in a revolution that has dramatically reshaped the world we live in today.

We are at risk of losing Softalk's contribution to our collective memory of these formative and exciting years of Apple microcomputing, specifically, and the bigger Microcomputing Revolution, in general, if we don't make the effort to preserve these wonderful, now historical documents. Well over 9,100 info-rich pages make up 48 monthly snapshots between September of 1980 and September of 1984. These are important on-location views into a world beginning its transformation into today's technology-rich, interconnected world that many already take for granted. A world, but for the lack of actual spaceship travel, is wilder than our wildest childhood sci-fi imaginings.

Our cultures, our economies, and our societies have been transformed by Technology – to borrow comedian Steve Martin's term – "getting small." Little did we realize how Moore's Law would enable us to "hop," over and over again, down the rabbit hole to an ever-greater Technology Wonderland. Appreciating this Leap by carefully preserving Softalk's chronicle of the start of this amazing journey is the focus of The Softalk Apple Project.

A devastating but thankfully successful two-year battle with cancer gave me a "unique opportunity" to reflect on my life, and redirect it once I cleared those Dark Woods. On my road to recovery, I spent a lot of time going through all the stuff my incredible wife Timlynn and I had accumulated over the years. We were "clearing the deck" in preparation for whatever lay ahead, post-treatment. That's when I resurfaced them...

I can't remember the specific reason for originally (almost) keeping each issue and subsequently carrying around these two heavy boxes of magazines for over thirty years. But here they were. All but five of the 48 issues of Softalk magazine, many with duplicate or multiple copies. Like everything else we culled through, these boxes had to run the gauntlet of our deciding to "Keep or toss?" 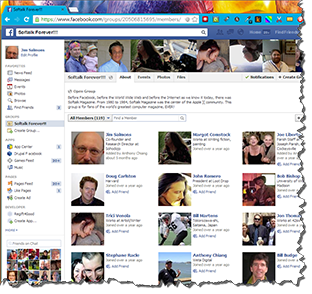 I have been holding on to my Softalk magazines as a kind of touchstone to a special and exciting time in my early adult life. In the back of my mind I thought I would do something with them some day. So faced with the ultimate "Keep or toss" question, I decided that my long-imagined "some day" was now.

My interest piqued, I found and joined the Softalk Forever!!! Facebook page. I was buoyed to see many Kindred Spirits and familiar faces. There are others, like me, who are actively interested in working to preserve, explore, and extend this valuable historic artifact that so many of us remember so fondly.

The Seed of a 'Pay It Forward' Idea

Once I found the Facebook group, I started to work on the design of the STAP project website and to experiment with various scanning formats and workflow techniques. My immediate goal, as evidenced by the launching of this site, has been to create an issue profile for each of the 48 issues of Softalk together with a decent scanned image of the cover and table of contents page. While doing this, I kept ruminating on an idea that came to me while preparing the issue profiles.

As I prepared these issue profiles, it became dramatically clear why so many of us feel so strongly about Softalk magazine. When folks from its era say Softalk was the Internet, Facebook, Google, and Twitter combined, we are not reveling in needless overstatement. Softalk was that important to us. And its comprehensive content dramatically demonstrate its depth and breadth of its influence during the formative years of the microcomputer revolution. Having rekindled my appreciation for the significant influence of Softalk magazine on the early microcomputer industry, I realized I wanted to do more than just preserve a digital record of the magazine. Rather, we would "mine" it for all the historical "facts" that could be found in the magazine's pages. How to "fact mine" the Softalk archive required some extended creative thinking... 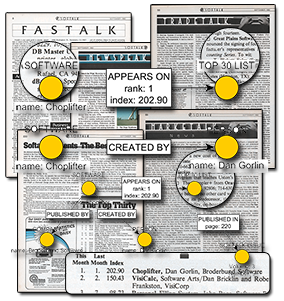 During the initial STAP website development phase, I was also "getting back on the horse" on the technical side of software development which is my life's primary focus. I had met my incredible wife Timlynn in the doctoral program in mathematical social science at UC Irvine, so we have a long-standing interest in what today is called social network theory. Social network theory applies the mathematics of graph theory to the study of social relations. During my illness, the emerging graph database technologies had gone through a dramatic maturing and powerful Open Source products were freely available.

That is when I had my, "A-ha!" Eureka Moment and came up with the idea for the FactMiners social-game app as a way to honor Softalk while "paying it forward" by creating a fun educational and research resource that others may use to explore something treasured like we will be exploring the Softalk magazines.

I'll have a lot more to say about FactMiners and how we'll use it to explore the Softalk magazine archive in blog posts to come. In the meantime, let me just officially announce that "The game's afoot!" :-)